Many haven’t fathomed it yet but we are living in an Orwellian nightmare. Strong words I know, and I am sure much stronger have been uttered already at the current no age statement trend. A signal perhaps that the days of plucking your favourite 10 or 12 year old single malt scotch whisky off of the shelf may be numbered. The industry is attempting to engage with consumers by having ever more frequent ‘new releases’, invariably flavour-led NAS expressions, occasionally peppered with exorbitant vintage or single casks discovered ‘languishing’ at the back of a warehouse somewhere. The focus is on new; new flavours, new experiences, and not on the reproducibility of expertly marrying casks together to produce indistinguishable batches of classic, stable, age statement expressions. It is true however that every whisky is only around until it is gone. Some may be replicated or re-attempted or even released as specific batches, however this is only the case if your distillery remains operative, or in some cases, has enough stocks to cover occasional lengthy silent periods. So we come to the rarest of the rare, whisky from closed distilleries!

The number of closed distilleries is only going to increase! The reasons for closure can be numerous and varied with the biggest mass closure period occurring following the turn of the 19th century. Two world wars were not particularly good for the whisky business, however the problems started much earlier. Decline in production quality is often blamed for many distilleries demise, such that the effects of the First Wold War 1914-1918 simply sped-up the demise of many. Campbeltown crashed and most distilleries closed in the 1920’s and ’30’s as a result*. During this period the industry experienced an over 50 year hiatus in construction of new single malt distilleries until Tullibardine was constructed in 1949. Of those that followed some of those had relatively short operational lives too.

The latest ‘mass extinction’ of distilleries occurred in the early 1980’s as a result of over-production, or under-consumption depending upon how you view it. White spirits were gaining in popularity and scotch suffered as a result, blends were losing favour and single malts as a category was still in its relative infancy. The whisky loch grew as years of stock laid down in anticipation of requirements or growth were not being used, prices of bulk stock slumped and production was reduced. Eventually many distilleries were viewed as surplus to need and some had production heavily restricted or were mothballed and closed. Thus the whisky industry is often viewed as boom and bust. The latest round of closures however left behind some gems, plus other more questionable stuff. Many of these closures were due to ‘a surplus to requirement’ and hence distilleries with high operating or modernisation costs were targeted and conversely some distilleries in ‘good’ visitor locations were spared. Needless to say some of those lost or retained were not done so specifically upon the quality of the whisky they may have produced. However many of them have left us liquid by which we can attempt to make some assessment of them whilst stocks, or more likely affordability, allows.

Buyers beware however, many are espousing the theory that whisky from closed distilleries represent great investment opportunities with prices on the secondary (auction) market only going to rise. True for sought after distilleries like Port Ellen or Brora with rare stocks and high quality. For some of the more recent closures however stocks are still good (and often quality variable or even poor in some cases) and if anything the primary market is already inflating prices to the extent that at best they break even at auction, losing you money after commission fees etc. I suspect this trend to remain unchanged for ~ 5-10 years until these stocks are diminished or depleted. The good news though is that current releases from some closed distilleries are still affordable for drinking and more so for drinking one and storing away a second bottle for a rainy day. The conundrum then lies in owning bottles that may become valued to highly and give you second thoughts about opening it. Let the fun commence!

The most recent mass closure of distilleries is detailed below, with our tasting notes where we have had the opportunity to sample from them. Regardless of quality or style, there is a certain joy at being able to sample a piece of liquid history that will never be repeated again, so if you have the chance to try these then take your time and enjoy them!

Founded in Speyside in 1863, mothballed in 1983 and demolished in the following years.

Built in 1819 as Clynelish, closed after the new Clynelish distillery opened in 1968 but re-opened due to necessity until mothballed in 1983 how it remains to this day.

Built in 1898, economic pressure and an unreliable water supply forced Dallas Dhu to close in 1983, and its distilling license was withdrawn in 1992. Re-opened to the public in 1988 as a museum under Scotland’s Historic Buildings and Monument Directorate

Established in 1892 on the banks of the River Ness. Closed down and demolished in 1983

Established in 1830 near Montrose, closed and demolished in 1983.

Established 1825, closed in 1983 when stills were removed, now part of the Port Ellen maltings complex. 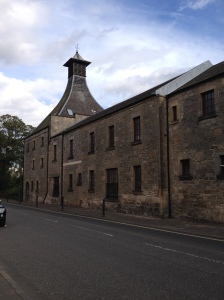 Established 1753 in the town of Linlithgow, closed in 1983 and converted into housing.

Established 1893 in Dufftown, closed and equipment removed in 1985, warehousing facility remains in use by William Grant & Sons.

Established 1897 near Montrose, closed in 1985 and site is now a maltings.

Established 1825 in Stonehaven, closed in 1985 and demolished.

Built in 1805 near Inverness, closed in 1985 with rumoured unreliable water supply, converted into a motel and restaurant.

Established in 1825 south of Elgin in Speyside, operations ceased in 1985. Currently owned by independent bottler Murray McDavid who are investigating re-establishing distilling on this site. 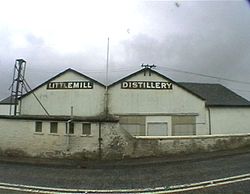 Established in 1957 in a former brewery in Montrose, closed after takeover by Allied Domecq in 1992, warehousing closed 1997 and demolished 2006.

Established 1840 in Falkirk, closed in 1993 allegedly due to cost of modernisation in order to meet effluent quality legislation

Established in 1897 in Speyside, operated sporadically until 1998 and demolished in 2013 for site redevelopment into Dalmunach distillery by owners Chivas Brothers.