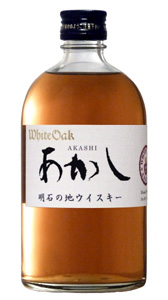 White Oak Akashi or ‘White Oak land whiskey testimony’ (Blended)’ is produced by the Eigashima Shuzo Spirits Distillery. The company is a major manufacturer of Sake and Shochu and have held a licence to create whiskey since 1919. In 1984 a new distillery was built replicating a traditional Scottish distillery at Akashi in Hyogo prefecture just west of Kobe. Within they produce malt whisky in a process much the same as in Scotland. 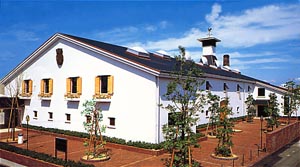 100% UK production malt is Scotch type of blended whiskey that was made to the raw material. モルトの香り華やかに、淡麗でやや辛口な気軽に飲んでいただける明石の地ウイスキーです。 Scent gorgeously of malt, it is Akashi of land whiskey who can drink a little dry casual a Tanrei (beauty).
ロック、ハイボールなど最適です。 Rock, is suitable for a high ball. 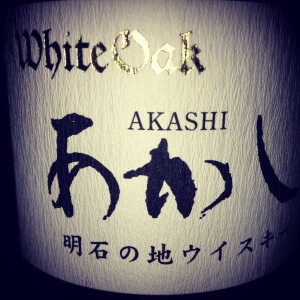 Another unusual Japanese blended whisky. This time the product of a distillery in Japan! The Akashi White Oak distillery has been up and running since 1984 producing premium single malt and blended whisky for the export market as well as budget ‘Red’ versions aimed more at the home/bargain market.

Light and smooth initially, creamy caramelised sugar, caramel, fudge, toffee, vanilla, some spices begin to develop, a light wasabi heat and a little fennel give this an unusual spiced kick

An enjoyable blend with a spiced twist, easy drinking and summery this has been carefully balanced but still retains a lot of character.