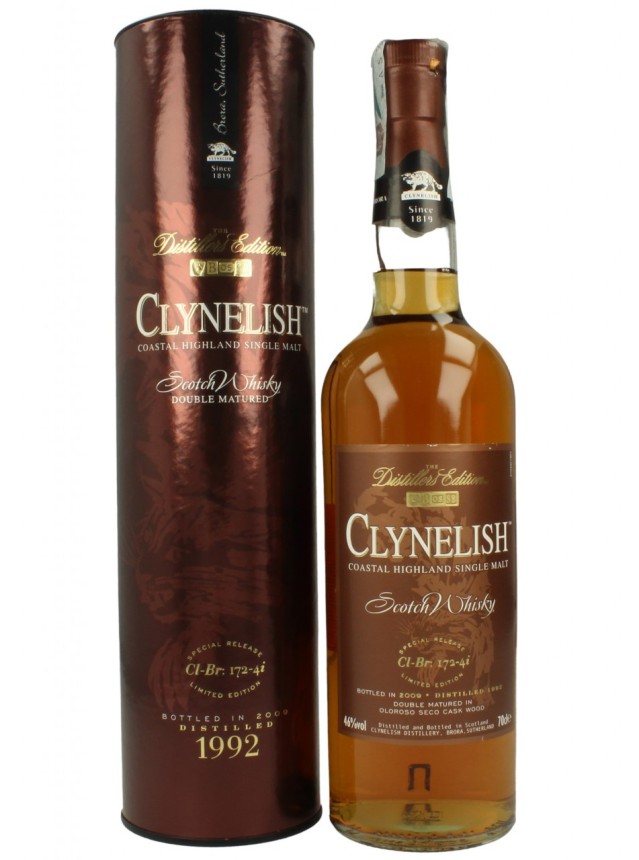 Distilled in 1992 and bottled in 2009 this Distillers Edition Clynelish coastal highland single malt has been double matured in Oloroso Seco cask wood.

From the limited run of Clynelish Distillers Editions:

This is the third release from 1992 vintage stock, making it potentially one the oldest in this range.

Hmm this one felt very much like a work in progress to me, perhaps not overtly influenced by the Oloroso Seco finish or perhaps 16 years of previous maturation  required slightly more rather than slightly less than 12 months finishing period? Still a classically waxy and flavourful Clynelish.