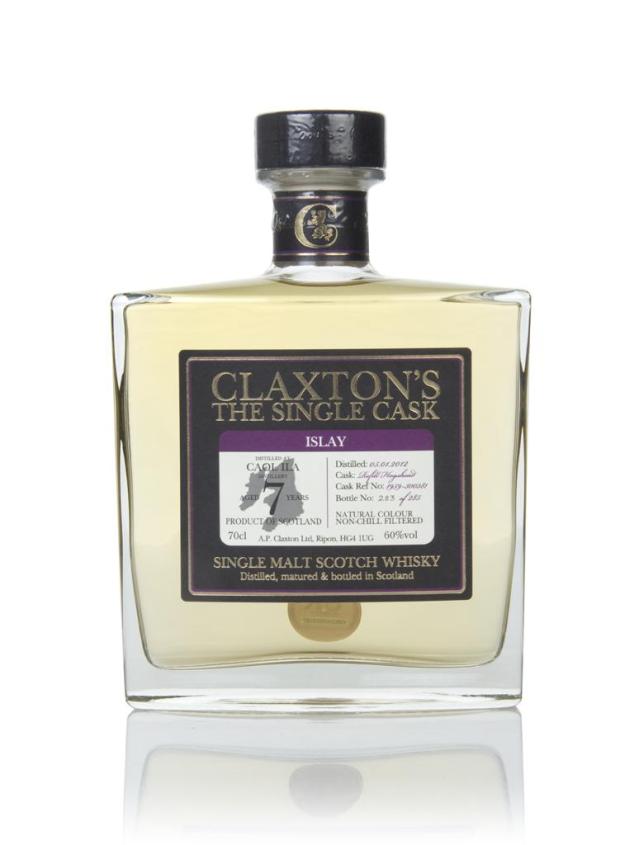 Distilled in 2012 at Caol Ila, this single malt was kept in a single refill hogshead for seven years it was cracked open and independently bottled by Claxton’s for The Single Cask series. Only 285 bottles were released at a punchy 60% ABV.

Starting a trio of Caol Ila expressions and relatively young also. That is not such a bad thing here as peated whisky such as Caol Ila is often at its best with a little vigour of youth from the spirit. With time the impact of distilling peated barley fades as the phenolic compounds transform over the maturation period in the cask. So for peak peat, capturing the whisky at a young maturation age such as this keeps thing interesting, I hope…

Very drinkable, quite simple and clean on the palate but all the better for it. Sweet vanilla with a hint of citrus meets peat smoke and wood.