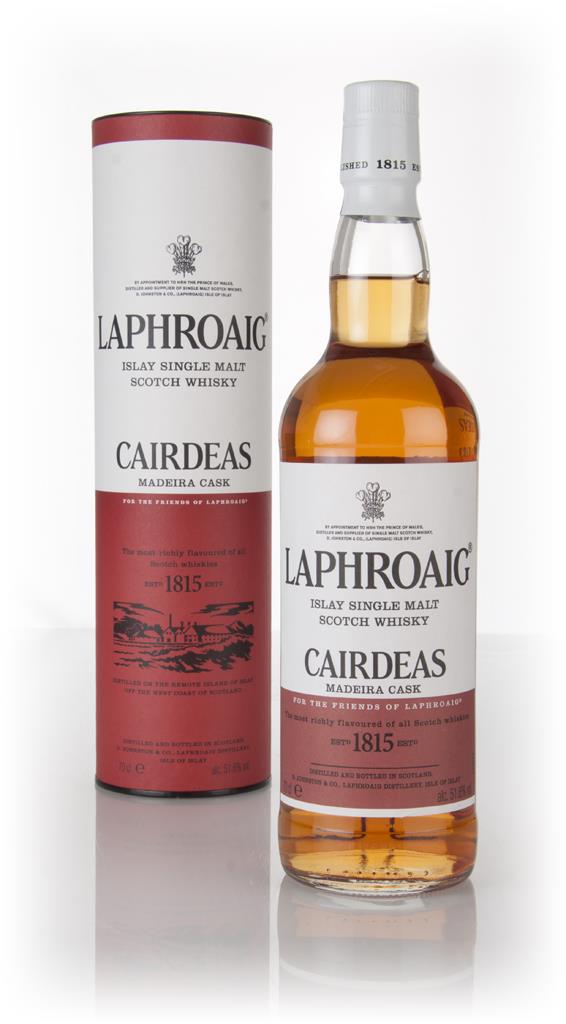 Cairdeas 2016 Madeira edition.
Most of you will remember one of our most popular Cairdeas ever, the 2013 Port Wood. So, this year we decided to match this with Portugal’s other famous fortified wine from the island of Madeira. Our 2016 bottling features Laphroaig classically matured in American oak for its first maturation, married together for a second maturation in the larger Madeira-seasoned, traditional hogsheads.

A yearly ritual, which I seem to have slipped out of, was receiving my birthday money off voucher from Laphroaig immediately before they released their Cairdeas (friendship) expression in the run up to Feis Ile. Perhaps the main reason I stopped buying these was because I had accumulated the last 3 or 4 unopened as I stumbled by a chance to taste them elsewhere before I got around to popping the cork off my own bottle. I always have open bottles of Laphroaig in stock, severely reducing the chances of me opening even more. Anyhow at a tasting way back so long ago I can’t remember the exact details of I had the chance to sip both the 2015 and 2016 Cairdeas side-by-side. Forgetting also that I have previously reviewed the 2015 edition I made a completely new set of taste notes which I may well post just for comparison. Anyhow here is what I thought of the 2016 Madeira cask finished edition.

A long sweet twist on your standard Laphroaig, the Madeira cask finish certainly isn’t dominant but the sweetness pervades both the smoke and spice. Undulates across the palate as flavours fight for dominance but overall quite harmonious and very enjoyable.