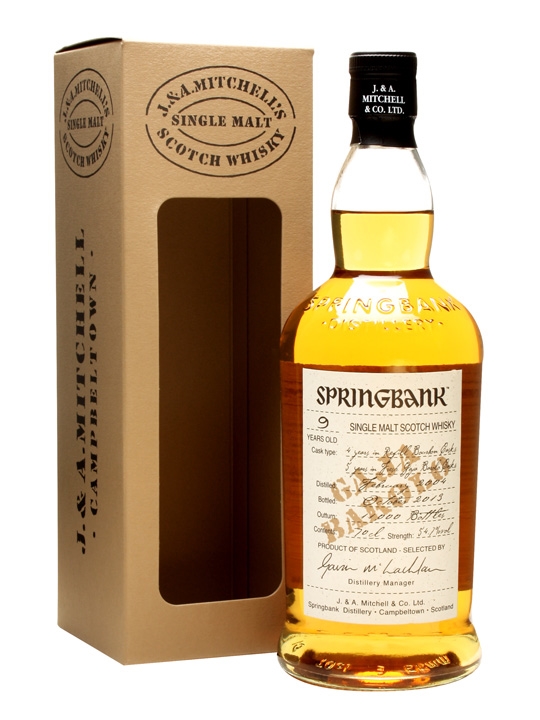 A 2004 vintage Springbank bottled at 9 years of age. The first four years was spent in refill bourbon casks, with the final five years maturation taking place in casks that were formerly used for Barolo. Distilled February 2004, Bottled October 2013, Outturn: 11,000 bottles

Nicely balanced between the character of the Springbank spirit and Cask maturation. Enough fruit to liven this on up without becoming overpowering and in some aspects adds a distraction from the dirty peaty and slightly coastal nature of Springbank though it is still evident under all that rich fruit.