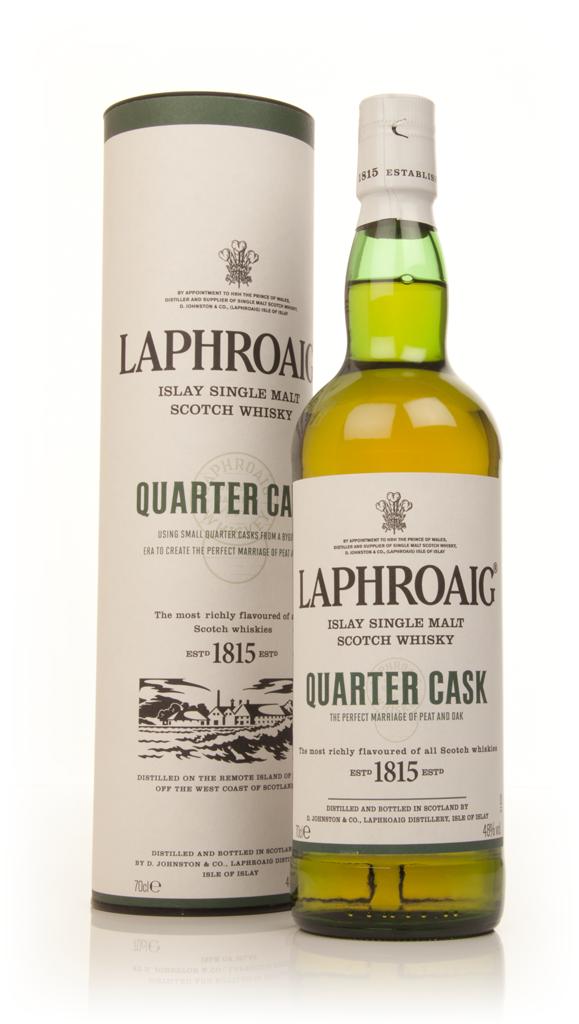 Laphroaig Quarter Cask offers an irresistible doubling of flavour, due to the double maturation in two barrels made of American oak. Still-maturing whisky from our standard ex-bourbon barrels is transferred to quarter casks and left to rest in our warehouse just a stone’s throw from the Atlantic shore.

This process represents Laphroaig breathing new life into a once-defunct tradition: the use of the smaller cask size, which ensures increased contact with the oak, creating a soft and velvety edge to complement Laphroaig’s distinctive peatiness.

On the nose the sensation is toffee and caramel, caused by the vanillas and tannins of the American oak, plus a dryness from the wood oil. The finish is long and alternates between this sweetness and smoke.

Presenting that Laphroaig signature peaty peanut flavour, though a little less sweet and a lot less harsh than the 10 Year Old. This toning down in palate made it much more drinkable / easy drinking, but then I don’t drink Laphroaig to feel ‘safe’…