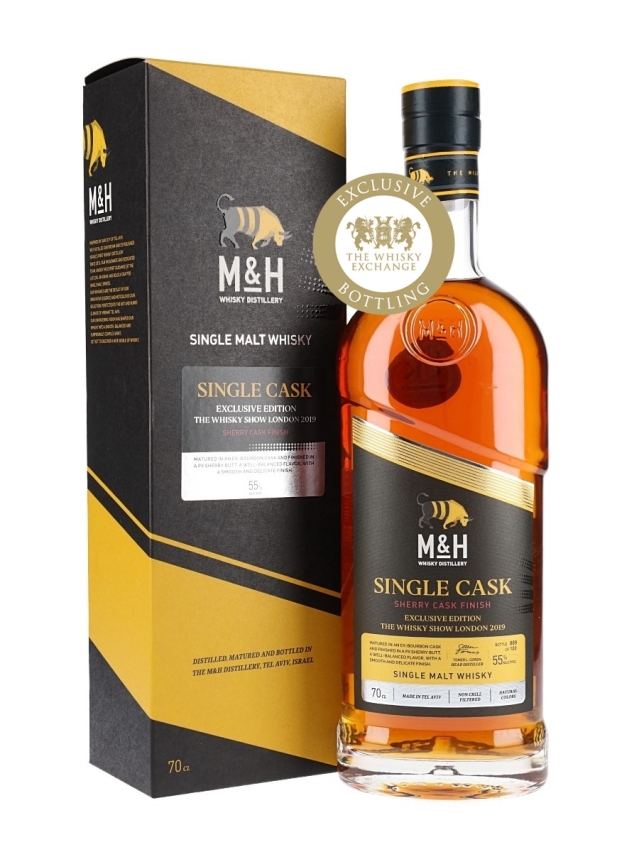 The Milk & Honey Distillery, has today announced that it will be showcasing a new special limited-edition expression at this year’s Whisky Show in London, ahead of a general release in 2020.

Milk & Honey – The Whisky Show London 2019 Exclusive Edition (55% ABV) is a single cask, single malt whisky, which was matured in an ex-bourbon cask, before being finished in a kosher PX sherry butt.

Limited to just 100 bottles, this latest release from Israel’s first whisky distillery, is said to deliver notes of sherry, red fruits, light wood and vanilla on the nose. Followed by notes of chocolate, oak and light tobacco on the palate.

Milk & Honey – The Whisky Show London 2019 Exclusive Edition, will be available exclusively at this year’s Whisky Show, from between September 28th – 29th (RRP tbc). This will be followed by a general release bottling in January 2020.

The Milk & Honey distillery was established in 2014 in Tel Aviv, Israel, making it the first(?) single malt whisky distillery in Israel. This bottling was produced exclusively to celebrate the London Whisky Show 2019 and was a 100 bottles run from an ex-Bourbon and PX sherry butt finished whisky.

This post was sponsored by The Milk & Honey Distillery by provision of a sample of this product.

Very woody initially and a touch herbal, when it has breathed a little this woodiness calms down a little and reveals some pretty decent whisky, reminded me of some American or South African whiskies I have tried – similar perhaps due to the combination of climate and wood interaction during maturation?