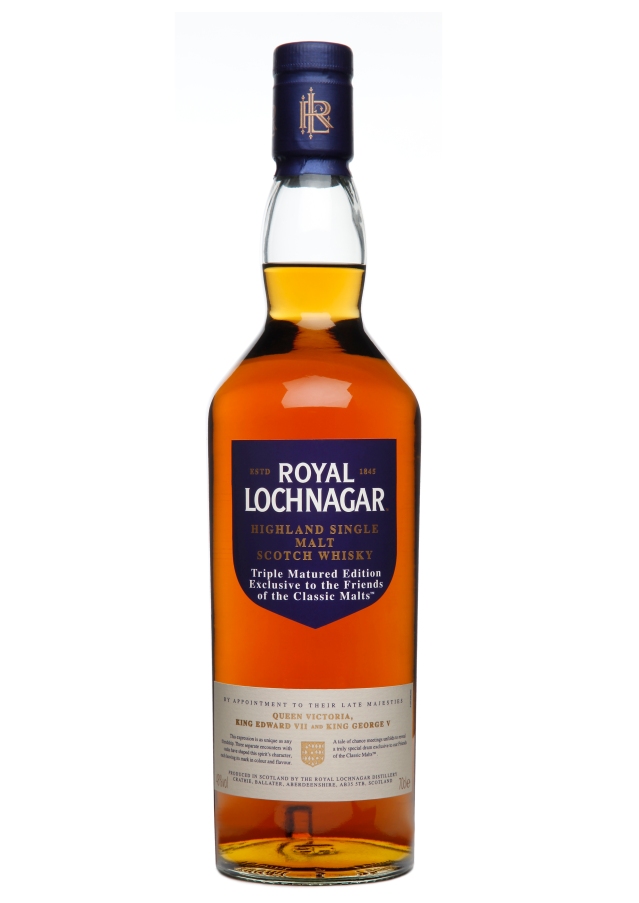 Diageo have announced a series of limited edition single malt Scotch Whiskies available exclusively to the Friends of the Classic Malts™.

Five different single malts will be released at intervals over the next 6 months, throughout UK, Germany and Switzerland.

The first releases, in December 2013 will be editions of Royal Lochnagar™ and Talisker™. Three more single malts will be issued between January and June 2014: a further announcement with details of these releases will follow in January.

The distinctive feature of all the five malts in this rare and unusual series is that, in order to develop a whisky with a distinctive and complex profile that will intrigue the discerning connoisseurs among the Friends of the Classic Malts, they have been matured in a totally different way from the familiar Classic Malts Bottlings  – and different also from the Distillers Editions of the same single malts.

The single malts in these special Friends’ bottlings have all been triple matured. Their initial maturation has been, conventionally, in refill casks. Next the liquids were transferred to charred American oak hogsheads, imparting spicy notes and a touch of sweet oak. To complete the conversation between spirit and oak, the whiskies enjoyed a third maturation in European Oak refill casks which softened, mellowed and integrated the aromas and flavours. Finally the whiskies were bottled at a generous 48% ABV.

Only a few thousand bottles of each expression are being produced: no more than 24,000 bottles are available in total across the five editions, and via online retailers and at Distilleries.

“These are truly special whiskies which we are proud to offer as an exclusive reward to our loyal members of Friends of the Classic Malts”, said Julien LeBescond, Diageo’s Senior Brand Manager for Scotch Single Malts for in Western Europe. “We greatly value their support and enthusiasm, and we’re confident that they will enjoy these exciting and unique liquids which we asked our master blenders to prepare just for them.”

Limited and exclusive distribution for Friends

These limited editions are being made available in selected Western European markets and via online retailers exclusively to members of the Friends of the Classic Malts so a true reward for loyalty.

In addition, bottles will be available for purchase by personal visitors to the relevant distillery – though again, only to signed-up members of Friends of the Classic Malts, or to visitors who join during their visit. Whether purchased online or at the distillery, the bottles are priced at £80 and the equivalent in Euros, and sales are limited to two bottles per customer.

Released back in 2013/2014 this Royal Lochnagar fromed part of a duo along with a similar triple matured bottle of Talisker I also have sitting somewhere waiting on a rainy day to open.

Anyone who has visited Lochnagar (as Glenturret) will realise how small batch these distilleries are and therefore how exclusive their whisky. I have a certain fondness for these as you know the output isn’t huge.

There aren’t many Lochnagar expressions to try, rarely observed as and Independent bottling and official releases quite slim on the ground too. So I jumped at the chance to try this one as another alternative to their usual stuff.

Triple Matured (see above) and bottled at 48% ABV

Wonderfully complex with a rather odd flavour profile, perhaps too much oak wood, light sherry and berries, but overall I really liked this one!