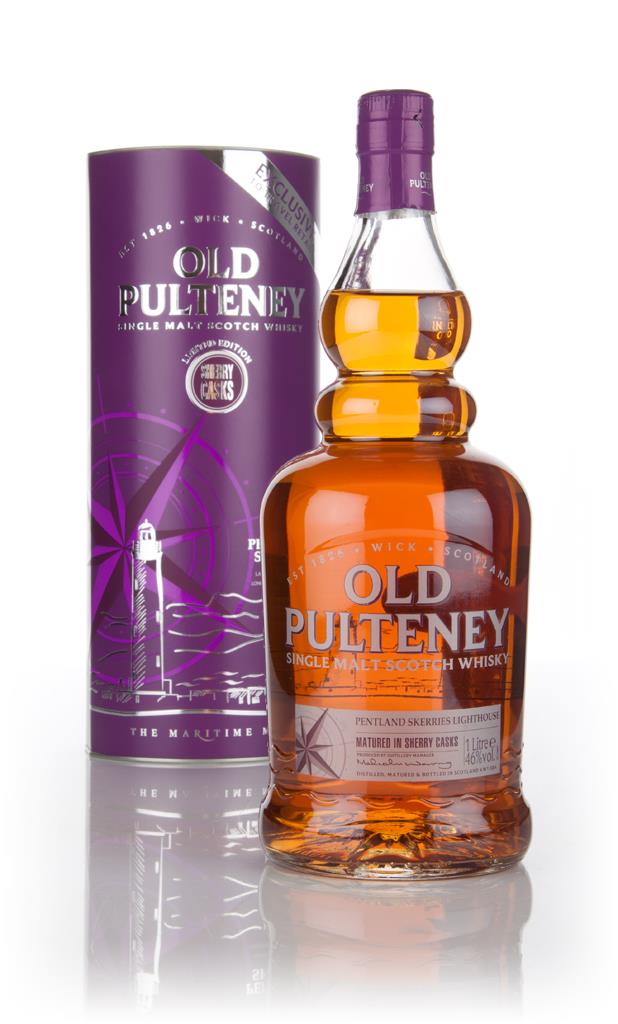 Encased in striking purple packaging, this design features images of two lighthouses of the same name. Developed with input from renowned Scottish engineer Robert Stevenson, the Pentland Skerries lighthouses were built in 1794 on the uninhabited Pentland Skerries islands off the far north eastern coast, en route to Orkney. The whisky is matured in Spanish ex-sherry casks and has a sweet, full-bodied taste with hints of raisins, spices and chocolate.

Rich and spicy with hints of chocolate, sweet toffee and raisins.

In keeping with their maritime theme, Old Pulteney released the Lighthouse series of bottling in 2013 to the travel retail market. Each expression is named after a nearby lighthouse, famed for keeping mariners safe on the sometimes rough seas of the northeast coat of Scotland, and is constructed from differing marriages of casks.

A well sherried Old Pulteney whisky – what could possibly go wrong/what more could you want. My only concern again (similar to the Duncansby Head expression) on the tail end of the palate were some hints of sweet caramelised menthol which may suggest some younger elements included in this no age statement whisky. Here it added a little interest and shift on the palate making me want to go back for more – never a bad quality in a whisky!