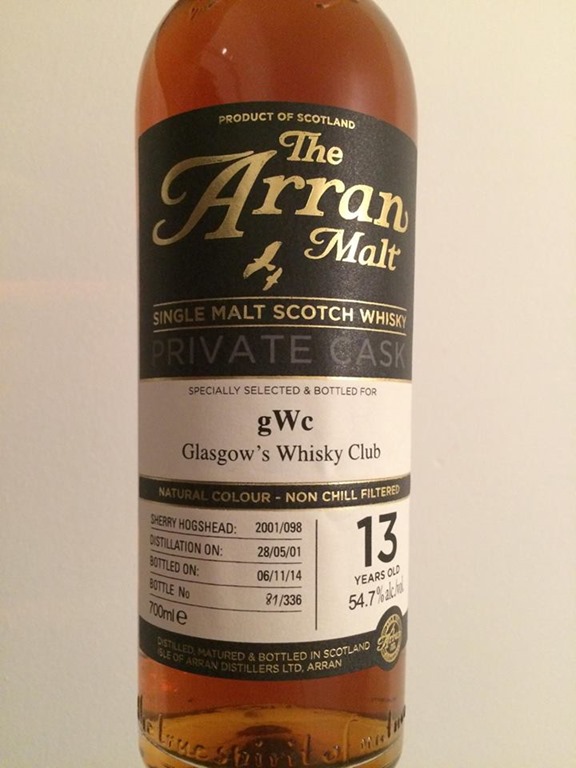 This limited edition single malt was chosen from a selection of five fabulous casks by the members of Glasgow’s Whisky Club on the 14th of October 2014.

Another Independently bottled Arran, this time selected from a cask shortlist at one of the Glasgow Whisky Club tastings to become their own exclusive bottling. The popular choice was this ex-sherried 13 year old.

Long, spiced, sweet, fruity but with a touch of salt caramel and something savoury