Attempting to choose only 10 distilleries from the over 120 operating in Scotland and producing wonderful single malts is no mean feat. However I have attempted to select some old favourites and some novelties in order to provide examples of the breadth and diversity that abound in scotch single malt whisky. If you can tick these off your list then you are well on your way to becoming a true Whiskyphile just like us!

A traditional lowland single malt, triple-distilled for a light, elegant style often associated with apples. I have had as much success with official or independent bottlings, in particular (or Old Particular) look out for releases by Douglas Laing & Co. as these usually represent great value.

The new Macallan and newer Glenfarclas, although technically Highland as it is just over the Speyside region border, GlenDronach have recently been releasing some superb single cask batches each year with a lot of heavy sherry maturation. These sell out as soon as they hit the shelves so either get ready for the next release or try: 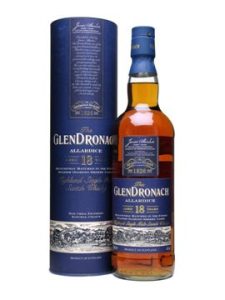 Claiming to be the first distillery to mass market single malt scotch whisky. Family built, owned and run, Glenfiddich and their sister distillery The Balvenie in Dufftown, the heart of Speyside, have huge outputs but don’t let that distract from the high quality of their core products.

Claiming to be the first licensed distillery in Speyside established in 1824 and which many of the other ‘glenlivet region’ carried their name on until the legal wranglings added the ‘The’ and precluded the use of Glenivet on any other distilleries bottlings.

The tallest stills in the business, reputedly as they started life as repurposed gin stills rather than pot stills for whisky production. Similar to Auchentoshan this produces a light, fragrant spirit which has been much experimented with in terms of cask maturation and cask finishing – to the extent they own their own forests in the Ozark mountains of Missouri in order to access some of the best American white oak produced for building their casks for this highland distillery.

Small and traditional, I could also have chosen other tiny & traditional Highland distilleries such as Edradour or Royal Lochnagar here but I have a certain soft spot for Glenturret. They still hand mash their malted barley here and with such small stills do not produce anything other than small batch output. As the Glenturret 10 Year Old can be hard to find why not try something from independent bottlers such as Adelphi or Gordon & MacPhail such as:

The Rolls Royce of whisky producers as claimed by the late great whisky reviewer Michael Jackson. A lot of change is currently going on including the build of a whole new distillery in Speyside and entire new ranges of products. It is however not too hard or expensive to get hold of some of the classic bottlings that have always been held in high regard and rightfully awarded The Macallan their position of esteem amongst those in the know.

On of the three powerhouse Kildalton malts on the southern shore of the whisky Isle of Islay, along with Laphroaig and Ardbeg these three produce some of the peatiest malts available. Perhaps not to everyone’s liking, their super-peaty fire-water are actually quite rare in terms of total amount of scotch single malt produced but are firmly lodged in the memories of most as typically how scotch tastes. The 16 year old is a classic Lagavulin expression but look out for their yearly 12 year old cask strength releases too:

Based in Campbeltown, the old capital of whisky was devastated by bad practices and poor output leaving the region almost bereft of distilleries after it crashed. Springbank operate a policy of sustainability and produce small batch, high quality products by traditional operation. Any of the official expressions are worthy of sampling and I have a fondness for the 15 Year Old, however for a less expensive option why not try: 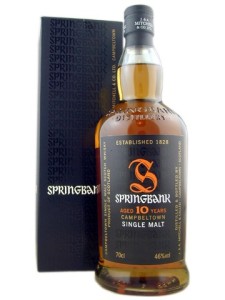 An Island malt, it was a difficult decision between Talisker on Skye and Highland Park on Orkney but again I go with my heart. Reasonably smoky and coastal (salty) another distillery which fits this bill is Old Pulteney despite being on the mainland. For me nothing beats their core 10 year old in value for money: