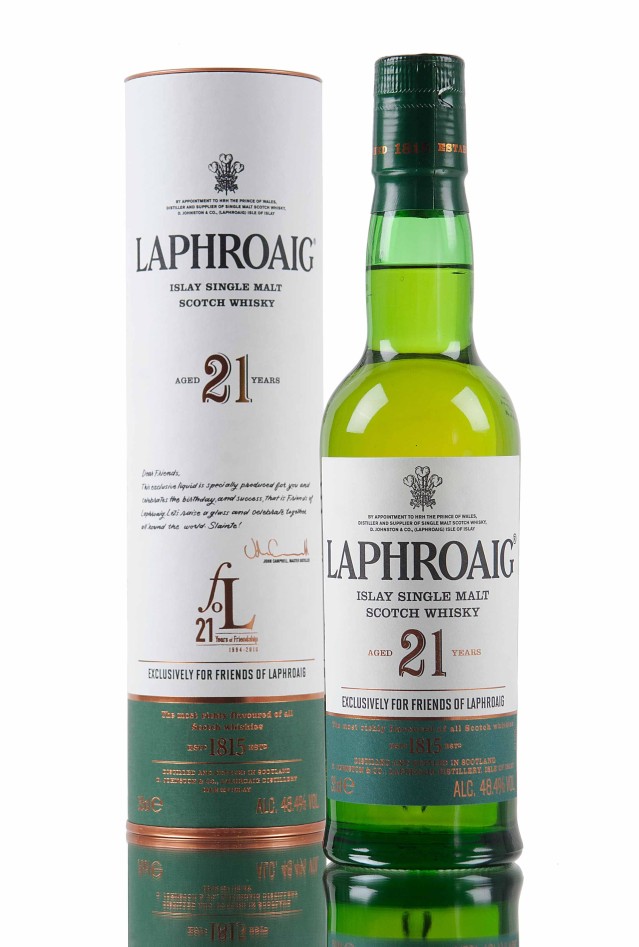 The Friends of Laphroaig have now ‘come of age’ – we are 21 years old this weekend!

1994 was a landmark year for us in many regards. HRH Prince Charles paid his first visit to the distillery (awarding Laphroaig the Royal Warrant shortly afterwards – the only single malt scotch whisky to hold this honour), and it was the year our “Friends of Laphroaig” community was formed. It all started as a way to thank all of our friends for their support, so we decided to give each ‘Friend’ a square foot plot of land at the distillery – and that we would pay them ‘rent’ of a dram of 10 year old each time they came to visit us.

No one then could have guessed that, 21 years later, over 680,000 plots would have been occupied! Over the years we have had everything from proposals and marriages to sculptures placed on your beloved plots, and visitors from over 100 countries around the world.

You may have noticed in the news recently that Plot Holder No.1 (HRH Prince of Wales) came to visit us again in June and officially opened the stone Cairn that has been erected amongst your plots to celebrate the journey we have all taken together over the past 21 years.

To celebrate our 21 years of friendship, we are releasing a limited edition 21YO exclusively for you. First fill ex bourbon barrels – but some with a difference. A portion of these barrels have had their staves fully air dried which gives extra spicy notes to the whisky. It has been bottled at 48.5% ABV in 35cl bottles and non-chill filtered. I am proud to say that, as with Cairdeas, the distillery will contribute £1 for every bottle sold to The Laphroaig Legacy Fund, which has been established to support sustainable living for the islanders

1994 was a landmark year for me as I decamped from my home town of Manchester and moved to Edinburgh, Scotland to start university. Having rarely looked back since I have now been living in Scotland longer than I did in Manchester, and it is now well and truly home.

Rather un-Laphroaig like, this is old and reserved, very sweet with plenty of vanilla, more so than the presence of any wood or peat influence here. I have question-marked this as a classic the biggest influence is its first-fill bourbon maturation and the age has really mellowed the peat influence out. This was also slightly acrid in places.