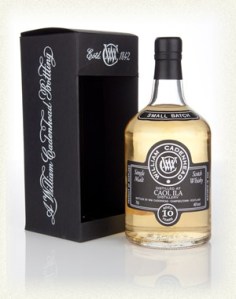 Nose: Initially sweet, then wet ash comes through. Quite oily, lots of sage and then some limey notes.

Finish: Dry ash, quite flinty with a growing creaminess.

Delicious, this one split the room of WOLS tasters (as per usual for a peaty dram). Unusually I found myself really enjoying this Caol Ila expression – mostly as I associate the peaty influence with cigarette ash/smoke, however in this one it was much more restrained. Strangely one of our tasters who was a big Caol Ila fan and found he liked this one a lot less than he thought he would!