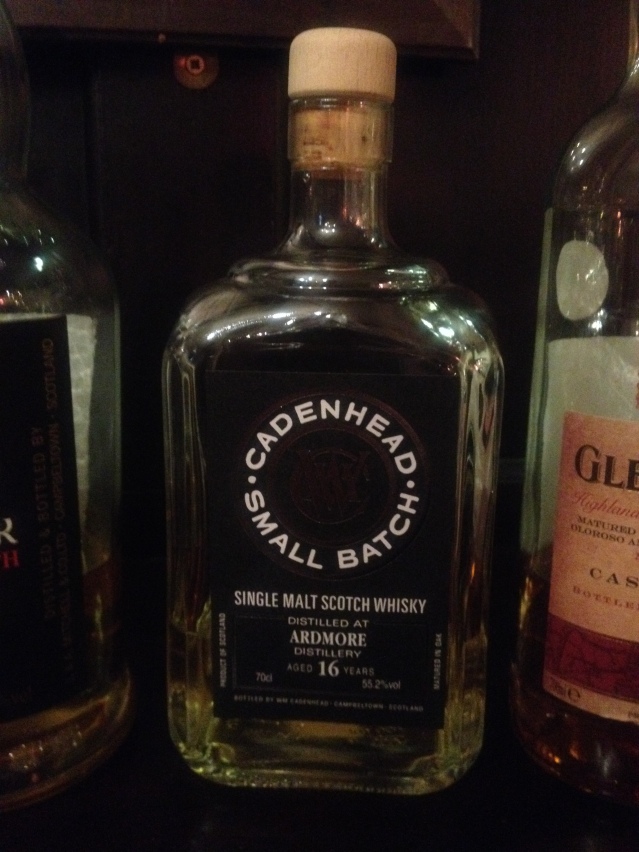 The Ardmore 16 Years Old Cadenhead Small Batch was bottled at 55.2% ABV and costs around £55 for a 70cl bottle.

Vaporous and spirit this had a lot of alcohol burn, with hints of cereal and peat?

Cereal, sweet-ish like savoury woodland honey, slightly bitter and sour but crisp and delicate throughout, definite flavour of heathery peat (like highland or speyside)

Relatively short, quite refreshing and palate-cleansing