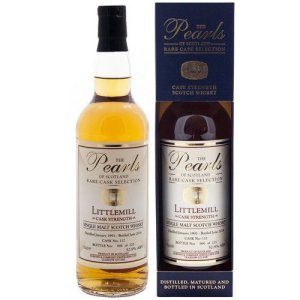 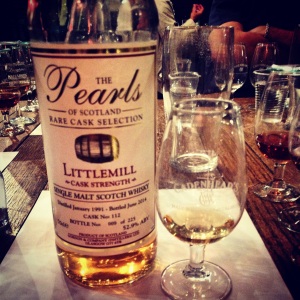 My 2nd Littlemill (after Littlemill 27 Year Old 1985 – The Coopers Choice ~ 46% (The Vintage Malt Whisky Company) ) however this one is both from a single cask and delivered at cask strength… Bottle No. 009 of 225

For the resale value alone (I jest!). Actually I think this was originally sold more in the £70-£80 bracket and if true then that is a fantastic price for this piece of unadulterated history. As Littlemill was closed in 1993 stocks must be becoming increasingly rare and the temptation to water down casks to be bottled must be increasingly appealing considering the retail value per bottle. Hats off to the folks at Gordon & Co. for presenting this single cask whisky at cask strength, undiluted or chill-filtered. Perhaps over-aged just a little, this doesn’t detract from the palate and I hope represents a true example of the Littlemill output. Honoured to have tasted this one!