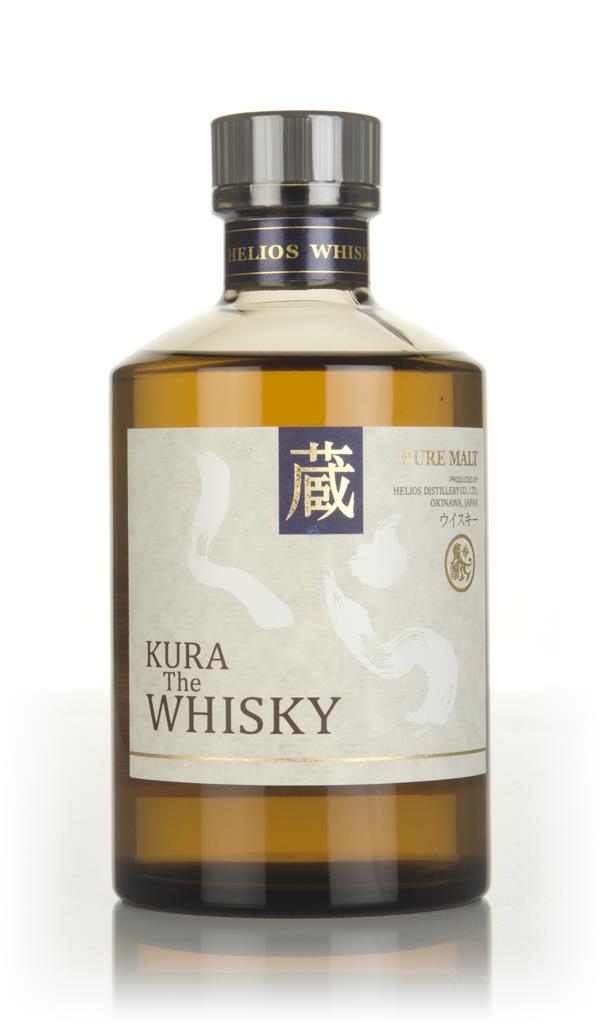 Made in the southernmost region of Japan, the exceptional “Kura The Whisky” is the result of careful aging in American White Oak. The permeance of the unique Okinawa islands is infused with this premium spirit. Crafted in exceptionally small quantities.

A Japanese Pure Malt (or blended malt) bottled by Helios distillery in Japan. I may be falsely attributing this but I think it was Ichiro Akuto who stated that Japanese whisky is “whisky made by Japanese people” which is not equal to “whisky made in Japan”. In fact a good portion is imported whisky blended into its final state in Japan. For a more detailed infographic see Nomunication article here . Helios is famed for its aged Sochu (Awamori) an Okinawan delicacy. Here they have tried their hand and blending malts into a “Kura” profile. They have also released a 12 Year Old and Japanese rum cask finished variant. Perhaps they are making their own and waiting for it to mature (something akin to The Lakes: The One blend concept then?). Or perhaps they are just bandwagon jumping on the highly lucrative, obfuscated and confusing “Japanese Whisky” trend at the moment.

This was part of a Japanese whisky tasting with The Whisky Wire & Dekanta – thanks to Tom at Toms Whisky Reviews for sharing some of his sample with me.

A little abrasive at first, has layers of sweetness and spice, eventually balances out but still has some oddly sweet nature to it.