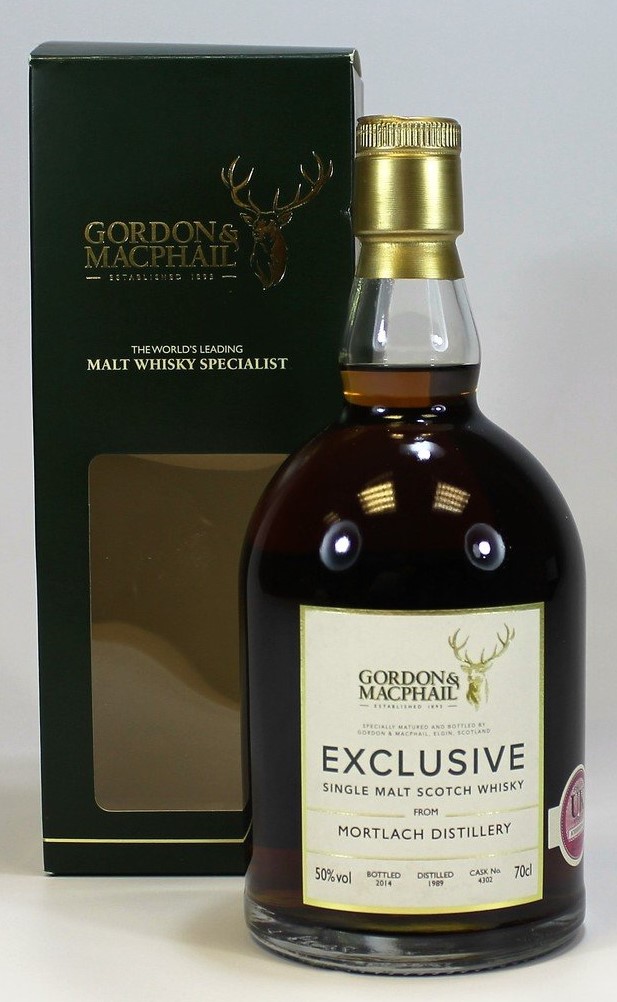 Distilled at Mortlach Distillery in 1989 this has spent 25 years maturing in a Refill Sherry Hogshead cask #4302 before being bottled at 50% in 2014,  producing 282 bottles at outturn.

This December I am attempting to sample and review a whisky everyday for the 24 days of Advent in the run up to Christmas. My very basic criteria as I sorted through my masses of whisky and samples were these:

Distilled at Mortlach Distillery in Speyside in 1989 and matured for 25 years in a refill sherry hogshead before bottling at 50% “Exclusive” to the G&M shop in Elgin! Mortlach was one of my early researched Malts that I found several knowledgable whisky writers and critics had a penchant for. I bought a bottle of the Flora and Fauna 16 year old, drank it and bought a couple more quickly as it was announced it was being discontinued by Diageo who had plans to ‘premiumise’ Mortlach’s single malt output. The rest as they say is History…

A frankly awesome dram from Gordon & MacPhail, like an older cask strength version of the Flora and Fauna Mortlach edition. Not much more is needed to be said.