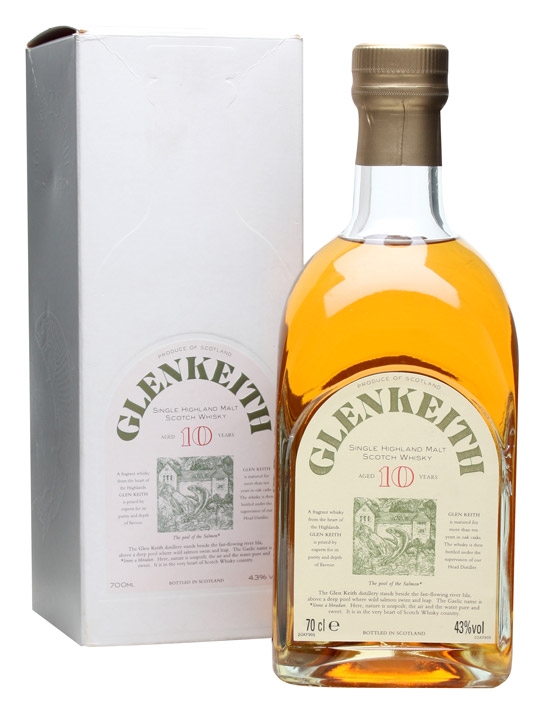 Official bottling from Glen Keith, a 10 year old whisky originally released in the 1990s when the distillery was owned by dearly departed Seagrams.

Received as a sample from a friend. This is the official 10 Years Old Glen Keith bottling by Seagrams. Produced during their ownership of the distillery from 1983 before it was mothballed in 1999 and eventually sold to Chivas Brothers who eventually reopened it in 2013. This example was from the early 1990’s. Many thanks to Adam for the sample.

Pleasing and enjoyable for a 10 year old expression, plenty of sweet, fruity and floral notes in this whisky to keep it interesting. A pleasure to sample a little piece of history too as there was plenty of renovation work at Glen Keith in 2012 before re-opening so there is a good chance this particular expression may never be replicated by the new owners.