Tour Of The Regions

For the inaugural Whisky Tasting of the Edinburgh University Water Of Life Society (WOLS) 2014/2015 season we began again with a tour of the Malt Whisky Regions of Scotland. The origins of regional provenance or declaration of region appears to be lost in the fog of time, however producers have long stated that whisky distilled and matured for a minimum of 3 years in Scotland is awarded the right to be declared “Scotch Whisky” upon the bottle. The Scotch Whisky Association regulations 2009 section 10 also states:

10.  (1)  A whisky or whisky-based drink must not be labelled, packaged, advertised or promoted in a way that includes the name of a protected locality or a protected region unless—

(a)in the case of whisky, the whisky is Scotch Whisky that has been distilled in that locality or region; or

(b)in the case of a whisky-based drink, the only whisky in the drink is Scotch Whisky that has been distilled in that locality or region.

(5) The protected localities are—

(b)“Islay”, comprising the Isle of Islay in Argyll.

(6) The protected regions are—

(a)“Highland”, comprising that part of Scotland that is north of the line dividing the Highland region from the Lowland region;

(b)“Lowland”, comprising that part of Scotland that is south of the line dividing the Highland region from the Lowland region; and

(i)the wards of Buckie, Elgin City North, Elgin City South, Fochabers Lhanbryde, Forres, Heldon and Laich, Keith and Cullen and Speyside Glenlivet of the Moray Council as those wards are constituted in the Moray (Electoral Arrangements) Order 2006(2); and

(ii)the Badenoch and Strathspey ward of the Highland Council as that ward is constituted in the Highland (Electoral Arrangements) Order 2006(3).

(7) In this regulation “the line dividing the Highland region from the Lowland region” means the line beginning at the North Channel and running along the southern foreshore of the Firth of Clyde to Greenock, and from there to Cardross Station, then eastwards in a straight line to the summit of Earl’s Seat in the Campsie Fells, and then eastwards in a straight line to the Wallace Monument, and from there eastwards along the line of the B998 and A91 roads until the A91 meets the M90 road at Milnathort, and then along the M90 northwards until the Bridge of Earn, and then along the River Earn until its confluence with the River Tay, and then along the southern foreshore of that river and the Firth of Tay until it comes to the North Sea.

So there are 3 specified regions (Highland, Speyside and Lowland) and 2 specified localities (Campbeltown and Islay) that can be declared on a bottle of Single malt scotch whisky. Due to the variety and number of ‘Highland’ distilleries a further un-legislated distinction is often made for those distilleries that are geographically located on islands – giving rise to the concept of the ‘Island’ whisky region.

For our trip around these regions we chose: 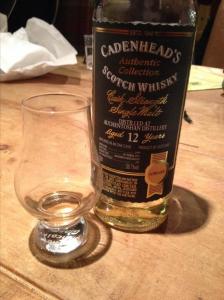 Possibly the best example of a Lowland whisky as Auchentoshan distillery near Glasgow is the only distillery left in Scotland that continues the practice of triple-distillation (previously a characteristic  feature of Lowland whiskies). The Lowland region has 2 active (Glenkinchie & Auchentoshan), 1 recently silent (Bladnoch) and numerous new or regenerating (Annandale, Glasgow, several in the Borders plus Daftmill, Kingsbarns and Eden Mill) distilleries.

With such a wealth of distilleries and geographical locations as well as styles of whisky to choose from, the Highland region example was always likely to be difficult. A brave choice was made, as we couldn’t deliver something that totally typifies the style, so we decided to go with the contentious wine-finished example from Edradour Distillery in Pitlochry. Edradour claims to be the smallest distillery in Scotland as it possesses the smallest non-movable stills. The location however beautifully exemplifies historic distillation sites as the distillery is tucked perfectly into a glen out of sight of the excise officers, similar to the setup of many early illicit stills.

The Speyside region of Scotland has the highest concentration of distilleries, with around ~ 50% of the currently active distilleries being located here. The reasons for this concentration range from the artistic (Speyside’s wonderful water and local barley quality resulting in superior tasting whisky), to the mundane (the building of the railway and switch from peat to coal enabled whisky to be made cheaper in Spesyide). Interestingly Campbeltown previously was the whisky capitol of Scotland until almost all of the distilleries here were closed following the advent of Prohibition in the US. Make of this switch in regional fortunes what you will, currently Speyside is king in production terms. Glenfarclas Distillery near Ballindalloch is in the upper-Spey valley and is still owned and operated independently by the Grant family.

Speyside whiskies tend to be lighter and honeyed and either develop body with age or are matured with a heavy sherry influence (Glenfarclas falls into this latter category).

The Campbeltown region is currently home to only 3 distilleries (namely Springbank, Glengyle and Glen Scotia), much of this is thanks to the Mitchell family who own Springbank and almost single-handedly kept distilling alive on the peninsula after all others had failed. Campbeltown malts historically were much more accessible when sea-trade was in power. A reduction in domestic sea-trade, US prohibition and the opening of the railway system to Scotland’s east coast subsequently shifted the focus of the whisky economy to Speyside.

Campbeltown whisky is known for its dry, pungent and slightly maritime/coastal character with sometimes a mild to heavy peaty influence. 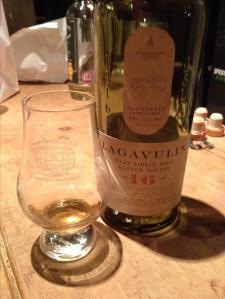 The Islay region is renowned for producing the peatiest of whiskies. This is mostly due to geographical reasons; 1. Islay peat has a stronger maritime and phenolic content than most peat derived from other peat bogs 2. Most water sources on Islay are already strongly influenced by peat and are used for fermentation and distilling and 3. Islay’s island status made the potential shift away from peat to coal for (kilning) drying malted barley and firing stills much less economical.

Islay whiskies are considered amongst the most powerful, with lashings of peat smoke, brine and medicinal flavours

Though I agree with the protection of these regions in terms of statements upon bottles, they are no more indicative of the flavour of the whisky in the bottle than most of the other information on the label. For example heavily-peated Lowland (Bladnoch), Highland (Ardmore), Campbeltown (Longrow) and Speyside (e.g. anCnoc peaty range) have all been produced that may match Islay whiskies for their peatiness. Similarly Bruichladdich on Islay has only a mild peat influence and resembles more of a Northern or Western coastal Highland style. Essentially any distillery can approximate the style of any region regardless of its locale. The maturation of casks also only requires storage on Scottish soil, so Lowland-filled casks could be matured on Islay and breathe its sea air if the whim was taken, etc.