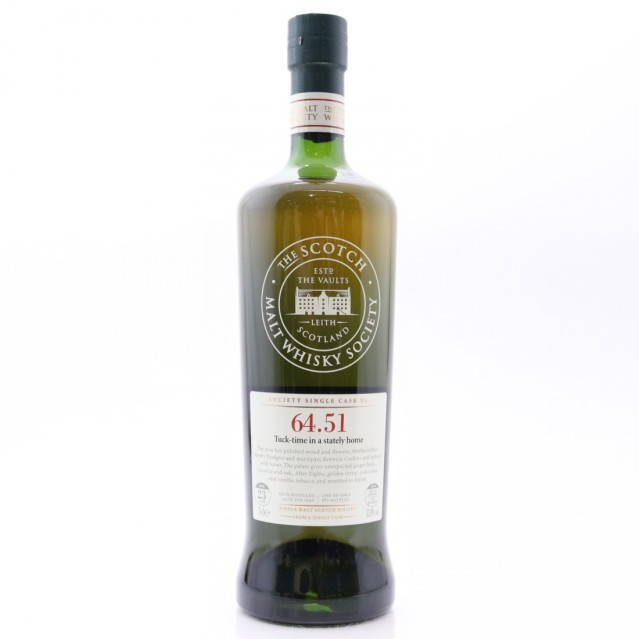 Drinking tip: Quite a summery dram – maybe for a hip flask, while watching cricket on the village green.

A 23 year old bottling from Mannochmore (SMWS distillery #64) by the Scotch Malt Whisky Society, sampled at the Homecoming Glasgow Whisky Festival in May 2014

Very impressed with this dram and hadn’t previously sampled anything from Mannochmore. While I am not a member of the SMWS I am coming closer and closer to joining, especially after sampling cracking drams like this. Admittedly the pricing maybe a little steep though the age and strength and sheer pleasure contained in this particular bottle almost make the pricing seem sensible. Plus it is getting less and less frequent we try new distilleries these days so happy to tick the Mannochmore box and very keen to try more if this expression is anything to gauge it by.