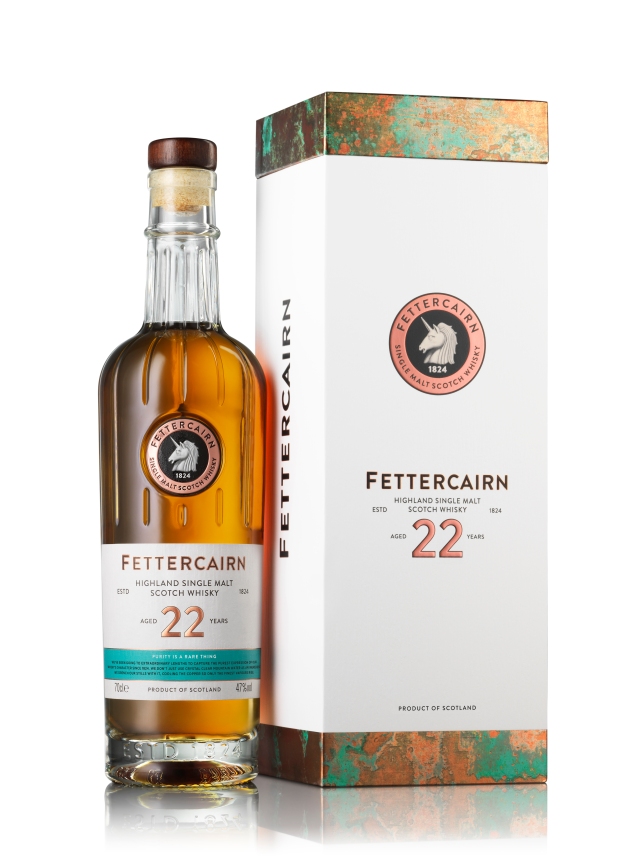 Matured for 22 years in first fill American ex-bourbon casks, this single malt showcases the signature tropical character derived from the ingenuous copper cooling ring distillation process unique to Fettercairn, setting it apart from other single malt distilleries by drenching the stills in crystal clear mountain water to ensure only the purest vapours rise to create the new make spirit.

Laid down in 1996, this majestic spirit was recasked 13 years later in specially selected distillery run bourbon barrels to optimise its distinctive character development.

Kirsteen Beeston, Head of International Malts at Whyte and Mackay, said, “In adding a further expression to the core range, we have significantly enhanced the flavour experience on offer at Fettercairn.  We’ve also expanded consumer choice and demonstrated the exceptional quality of our aged stock at Fettercairn.  Growing from four to six expressions reflects feedback we have received on the core range and the clear need to bridge the gap between the 12 and 28 Years Old. We are working hard to create a range of whiskies which honour the approach at Fettercairn, but also provide whisky drinkers with single malts showcasing the special character which sits at its heart.”

Bottled at a high strength of 47% ABV, Fettercairn 22 Years Old is amber gold in colour with a nose defined by banana, citrus fruit and plum combined with raisin, fig and gingerbread.  The palate is tantalised with spiced pear, caramelised orange and coffee, tempered by liquorice which gives way to Morello cherry, plum and treacle.  The release is offered with natural colour and is non-chill filtered.

From today, Fettercairn 22 Years Old is available exclusively in the UK from The Whisky Shop www.whiskyshop.com until the end of July, as well as global whisky specialists, at an RSP of £200.