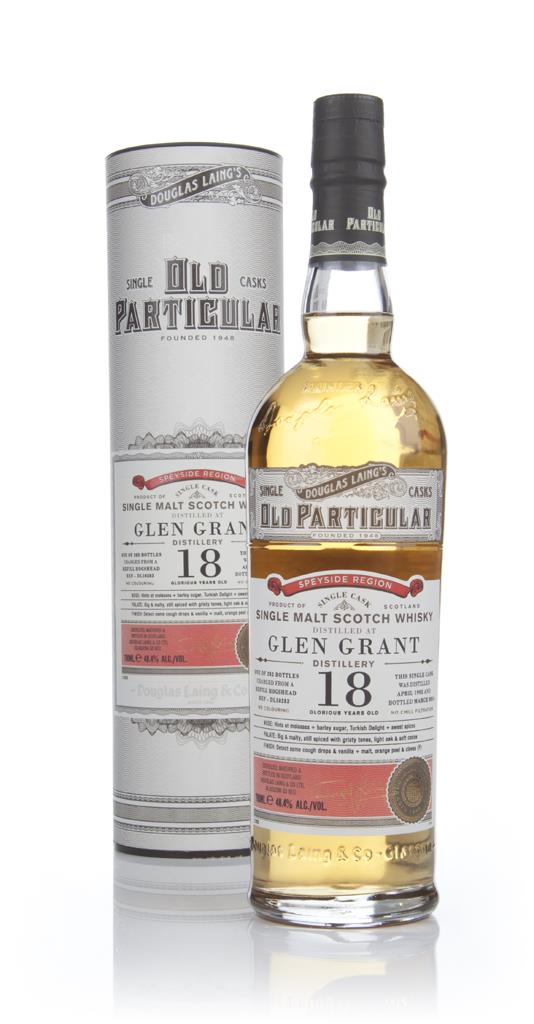 An independent bottling of Glen Grant single malt. The distillery in Speyside filled cask #10283, a refill hogshead, in April 1995. 18 years later, Douglas Laing had the honour of bottling the malty, spicy (and other words that end in -y, like tasty) whisky for their Old Particular range. Just 282 bottles were produced.

Another 1995 vintage Glen Grant, this time bottled by Douglas Laing as part of their Old Particular range. This has matured for 18 years in a  refill hogshead #10283 and produced 282 bottles at 48.4% ABV.

Deeper and fruitier than the other expression I tried, darker on the nose with strong hits of cocoa and Turkish Delight.