In one of the biggest about-faces in the recent premiumisation of Scotch single malt whisky brands, Diageo have decided to re-brand/re-launch Mortlach single malt again.

In 2014 Diageo announced Mortlach onto the whisky world with the launch of Rare Old, Special Strength, 18 and 25 year old expressions. For many years previous it had been held in very high regard by those who knew about it, mostly based on the strength of their sole official bottling the Flora and Fauna 16 Year Old.

With today’s announcement perhaps indicating that the initial re-brand in 2014 may not have been as successful as they had hoped. Further trouble ensued when the attempted distillery visitor centre planned for Mortlach (which had previously had none) met with all sorts of planning and building issues including the report of nesting bats stopping work. The project was quickly shelved along with several other major expansion and refurbishment projects Diageo were running throughout their range of ‘Classic Malts’ distilleries. The rumor being that predicted market sales in areas such as China, Russia and South-East Asia that had spurred all this expansion were clearly over-estimated and not being met.

Diageo have returned Mortlach closer to its roots with this re-brand, specifically re-introducing an all-sherry matured 16 year old expression, priced at £80. A return to more sensible pricing and an “If it ain’t broke don’t fix it” mentality it appears. Here’s hoping the liquid in these bottles display a return of Mortlach to it’s once great form.

In a region generally known for its smoother, gentler style of whisky, Mortlach’s exceptional flavour bridges the gap between mellow and smoky. The three new bottlings – 12-year-old “Wee Witchie”,16-year-old Distiller’s Dram and 20-year-old Cowie’s Blue Seal – are set to bring the dark side of Speyside to life.

It is this process which creates Mortlach’s distinct and thick character spirit, with dark, complex and rich notes, earning it the nickname, The Beast of Dufftown.

Dr Craig Wilson, Master Blender, said: “These whiskies really stand out in Speyside. For me it’s the way the unique 2.81 process gives you such an intensely complex liquid and character from the minute it comes off the still; it’s like having three distilleries at the one still house. Our job is to hone the character in the right way to give you three well balanced whiskies of unparalleled richness and complexity.”

Mortlach 12-year-old, 16-year-old and 20-year-old will first launch in Taiwan in autumn, followed by other markets.

Details of the new Bottlings are:

In brief: “It’s at its most expressive on the mid-palate where you pick out bitter chocolate, marmalade and light tobacco that’s balanced by a puddle of syrup before it deepens further…”

In brief: “Dark, full, liquorous, and rounded. As it moves into the back palate, so it starts to dry and pick up in terms of intensity…” 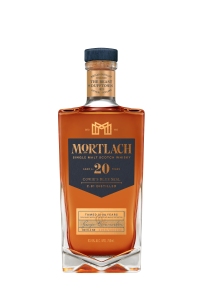 In brief: “The mature depth seen on the nose comes immediately into focus, but before it goes towards the dark there’s a refreshing lift of aromatic and overripe fruits (quince especially) and a touch of spiciness…”