#OurWhisky launches to illustrate the face of the modern whisky drinker 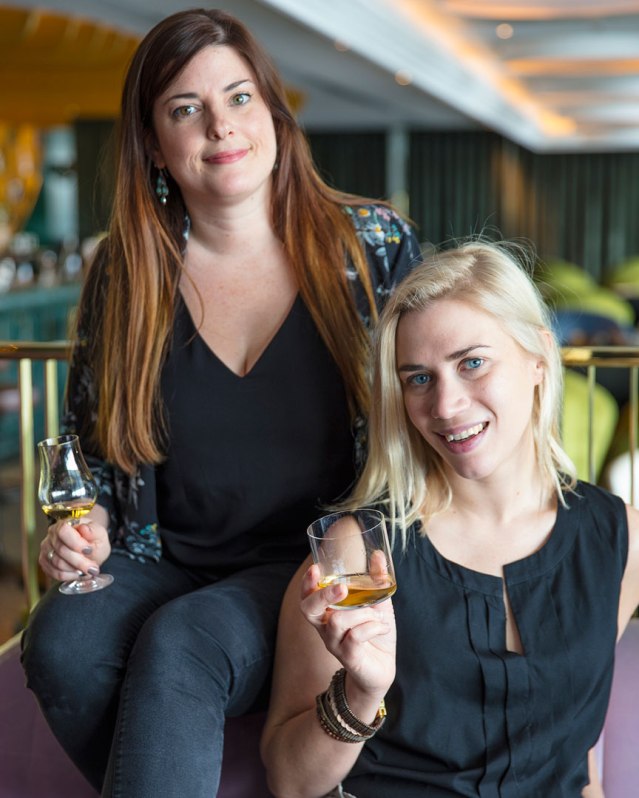 This is the world’s first campaign to unite the global whisky industry and whisky lovers in a combined bid to dispel common myths of who modern whisky drinkers are.

Although the consensus within the industry is that whisky is a drink with widespread appeal, the perception remains among many consumers that whisky is still a “man’s drink” – an opinion perpetuated by decades of male-oriented advertising.

As an on-going global project, #OurWhisky aims to showcase the inclusiveness of whisky and the diversity of its drinkers through a photographical social media series, launching on 6th March in the run-up to International Women’s Day (on 8th March).

For the launch, Georgie and Becky have invited women from across the global whisky industry – ambassadors, distillery managers, blenders, whisky lovers, journalists and bartenders – to participate. By showcasing the diversity that exists within the whisky industry, Becky and Georgie are hoping to inspire whisky lovers all around the world to join the #OurWhisky movement.

The initial drive for the campaign will be to encourage women to tag @OurWhisky in a photo of themselves that illustrates how they like to drink whisky – at a bar, at home with their partners or with friends, and use the hashtag #OurWhisky. Their photos will then be retweeted, regrammed and shared with fellow whisky enthusiasts to build a digital community that reflects the face of the modern whisky drinker.

Becky comments: “We are asking whisky lovers all over the world to take a photo of themselves that illustrates how they like to enjoy whisky, whether in a cocktail, from a hipflask on a wintry walk, as an accompaniment to their favourite meal, wrapped in a blanket on the couch, hanging out with friends or doing something more adventurous!”

“The campaign is called #OurWhisky as our first and foremost priorities are equality, gender parity and inclusiveness. Whisky is a drink that can be enjoyed by everyone, and we feel it’s important to demonstrate that by celebrating the gender and cultural diversity of the modern day whisky drinker.”

Georgie says: “Whisky still widely succumbs to misconceptions amongst consumers. The more people we get involved in spreading the message that whisky does in fact have a broad appeal, the stronger it will become.”

She adds: “This is something we both feel really strongly about, a true passion project – it’s not a branded piece but instead a rally cry to unite whisky lovers and the industry together.”

Following the initial launch, the #OurWhisky campaign will evolve to encompass diversity, highlighting different ethnicities and cultures, to move forward against preconceived notions of what a whisky drinker ‘should’ look like.

Tagged as: #IWD2018, #OurWhisky, #OurWhisky launches to illustrate the face of the modern whisky drinker