Award-winning Norfolk business The English Whisky Co. is offering customers a chance to own a little bit of history this Christmas by releasing the first 10-year-old English whisky for over a century. 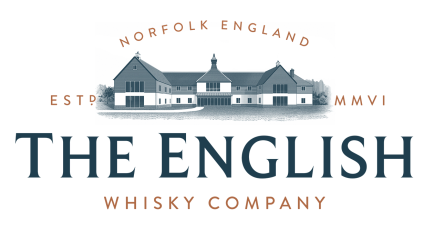 A very limited number of bottles of the single malt, taken from one of the first batch of casks laid down at St George’s Distillery in Roudham, are now being made available by England’s oldest registered whisky distiller.

It’s the result of the vision and determination of the late James Nelstrop, the founder of the business who opened the distillery in 2006. He, working alongside St George’s Distillery’s original Master Distiller Iain Henderson, went on to create the business’s first barrels of English whisky.

James’ son Andrew, owner and managing director of The English Whisky Co., said: “After a seemingly endless wait – we finally have a 10-year-old single malt whisky to share with you all.

“This is one of the ultra-rare casks from the Founder’s Private Cellar range and was chosen because it represents the quality of whiskies we expect in the future. The cask used for the 10-year-old is one of the earliest casks laid down at the distillery and is a wonderful example of the pioneering work my father and the distillery’s team have undertaken here.

“The whole team are immensely proud to see this whisky finally bottled and ready to be sent to our customers.

“The 10-year-old is presented in a beautiful piano finished box and each bottle is numbered and comes with a numbered certificate.”

The release of the historic single malt comes at the end of a tremendously successful year for The English Whisky Co. It has won numerous awards, including Gold and Silver in the San Francisco Spirits Competition, and three Liquid Golds in Jim Murray’s Whisky Bible – which also named the Norfolk distiller’s single-grain whisky Parched as the Best European Single Cask Whisky.

There were also celebrations in November with the launch of the distillery’s new £400,000 restaurant and coffee house The Kitchen.

“Releasing the 10-year-old certainly is a wonderful end to an exciting 2017,” added Andrew. “We have been overwhelmed by the reaction to our products – the awards are an extraordinary achievement for a non-mainstream whisky distillery.”

Phil Duffy, Head of Spirits for Amathus, said: “The English Whisky Co. is an incredible addition to the Amathus portfolio and we feel honoured to have them on board. With the increasing popularity of whisky, it is inevitable the collection will be equally well received by on-trade and off-trade customers.

“The release of The English Whisky Co.’s 10-year-old English Single Malt is an important landmark in the development of modern distillation in England, and having tasted the range of whiskies they are producing we’re looking forward to exciting times ahead.”

For further information about The English Whisky Co. and its products, call St George’s Distillery on 01953 717939 or visit www.englishwhisky.co.uk.